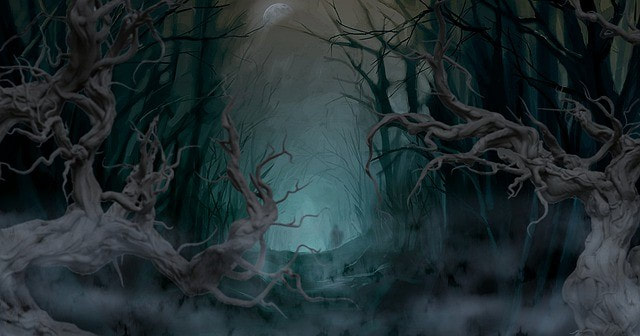 The Machine, a horror novel I'm currently working on, has changed substantially, and I thought it was time to put something else here while I'm making changes to both that as well as a Viking horror short story.

This is the opening of a short story called The Wild:

Wild things lived beyond the cottage. Among the blue jays and cardinals, chirping and lively on the outer edge of their home, was the dark forest. Unaware, the boy played in the clearing on bright afternoons.

But this was a day unlike the others.

"Don't go too far, my tiny love," his mother said with a kiss on the nose. "This is the end of the year, when the veil between the worlds is thin. We can easily walk into places where we don’t belong."

The boy wiped away her kiss and folded his arms across his chest. "So what?"

"The dead can find us on this day, but there are other things. Worse things."

"Yes, Mother," the boy said and faked a smile to show agreement.

But already, he heard the song. The flute tickled his nerves. It pulled at him, yanking at his shirtsleeves. Come to the forest, the music whispered. The place beyond their safe home.

"I'm going outside to play." The door banged shut behind him.

Instantly he wished he would have put on a jacket. The late afternoon was crisp and cold, and leaves crunched and crackled underfoot.

"Wait," he heard his mother's voice from far away.

The boy had taken one last step without realizing it. He was in the dark forest, and the music was getting closer.

Yet, he stopped. The air overhead felt breezy. When he looked up, he saw nine doves soaring in a perfect circle.

"Hello?" he called, and his voice echoed.

The music grew louder, and a twig snapped as he moved forward.

Something told him he should turn around and run home. But he didn't.

One more step, and he cartwheeled his arms to keep from falling in a small lake. The forest darkened, and leaves skittered around his feet.

He turned and looked for the cottage and his mom. No matter how hard he stared, he couldn't find them. Only the trees and the cold, dark earth.